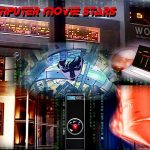 More than Steve Jobs: Why Apple Deserves A Museum

Please indulge me a moment and imagine that I’m standing at a podium. I’m also in front of a large group of assembled people. So, OK, thanks, here I go –

First there’s shocked silence, then applause starts quietly and builds to a thundering volume. There, I did it . . . I admitted it.

This is a guest post by computer historian David Greelish

Even better, I’m not alone, there are many others. My little visual here is not to imply that myself or others have a problem, but that there are plenty of serious Apple fans around. We love the products, and many of us love, or at least have a high regard for, the company.

I live on the east coast, but I have been to Silicon Valley twice; visiting the “mothership” was a must-do for me. Perhaps you might feel the same way. It’s exciting for us fans, though all you can really do is park, take pictures out in front of the main 1 Infinite Loop building, and the Apple sign near the street, then visit The Company Store.

It’s a special treat as they don’t sell Apple devices, they sell logoed items not found anywhere else. I don’t know if I would go so far as to call my visit a pilgrimage, but it was a top priority for me, if I was going to be anywhere near Silicon Valley.

So now let’s ponder that new Apple campus that Steve Jobs announced to the Cupertino City Council in June of last year. It’s set to open sometime in 2015. It’s just beautiful and very unique, as Apple has reversed the typical ratio of 80% building to 20% landscaping to just 20% building and 80% landscaping!

It definitely looks like a sort of flying saucer, or more accurately, a flying ring. I know I’ll want to visit this campus one day and I’m sure even more fans will also want to as well. Plus, architects, artists, students, tourists, and the just plain curious. The new campus will become a mainstream destination and Apple needs to realize this, and more importantly, embrace it.

I have what I think is a great idea, and this article serves as a vehicle to plant the seed of this idea, hopefully even to Apple’s leadership team. First though, and in all frankness, a corporate museum is something that Steve Jobs himself had been against. He certainly would have continued to be so, if he was still living, but that’s another key consideration.